For some months I’d been researching the life of prostitutes, both street girls (they called themselves “girls”) and the more expensive call girls. I’d been struck by a remark Trotsky made on the nature of work, to the effect that a worker on the factory line can go home and forget it till the next day, even think about something else when doing repetitive work on the line, but a lawyer, say, or a management executive, though paid much more for a job which might be interesting and performed in nicer surroundings, can never do work automatically. They have to pretend to care. They’re never off duty.

It was a new world to me. I had never consciously met one. I went home to Birmingham to talk to the street girls in Balsall Heath. At first they were suspicious and refused my approaches. Only after the intervention of a social worker did they gradually open up. They checked me out, then became helpful and generous. A couple became real friends. I would visit them at home and chat.

The West End call girls in London were different. There was no problem gaining access. I was immediately given an appointment and an address. If I got off on talking with them, a tape recorder running, it was my business. Whatever turns you on. Providing I paid their hourly rate they would accommodate most kinks.

The street girl did her tricks in a detached way, maybe thinking about the shopping, and then left it all behind her. The call girl, paid an enormous amount more, was usually young, with fashionable clothes and attractive looks. The best paid were never off duty. They had to be “on” all evening, often for days or weeks at a time. Men might book them for trips, in five star hotels, but the professional act must never relax. They were required to convincingly simulate genuine love and sexual passion, complimenting the man who rented them on his attractiveness and sexual prowess. Rather like so many traditional bourgeois marriages down the years. No wonder many have called the institution legal prostitution.

The street girl remained detached. The call girl was an actor.

The street girl would do a trick after lunch, say, usually in the back of a Ford Cortina in the car park behind the cinema, the client possibly a commercial traveller or a man on his lunch break. She’d then be free to pick up the kids when school came out. The hours and the money were better than the check out at Tesco. Whether this was the whole truth or a rationalisation, it had a logic to it. Any job becomes easier if you can detach yourself from it. The main problem was police harassment. There was some, but not crippling drug use, just cannabis offered by boyfriends. At that time none of them were controlled by pimps. Most had a ponce boyfriend. 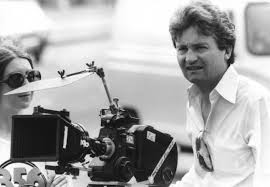 In contrast, most of the call girls, who had a more expensive overhead, but whose prices were much higher, had a serious drug problem: cocaine or heroin, some with alcohol. The strain of the job was wearing.

Pimps, violence and trafficking of young foreigners are rife now, I understand. I haven’t researched it since the late Seventies.

It was fascinating and educative and the idea quickly formed. A film from the girls‘ point of view, not the clients, about their daily lives, with no glamour, no titillation and no Sunday tabloid shock horror as a cover for sexual arousal; plus the avoidance of the filmic tradition of the beautiful fallen woman being saved from a life of sin. Just an insight into their daily lives, the reasons for it and no judgements. A film about work.

TG
The Day the Music Died is the memoir of BBC director and producer, Tony Garnett. For the first time, Tony shares exclusive details from his childhood in working-class and war torn Birmingham. He takes readers behind the scenes of a selection of his more famous productions, offering secrets and anecdotes. Some moving and some amusing. Now available for pre-order on Amazon.