The Day the Music Died: A Memoir 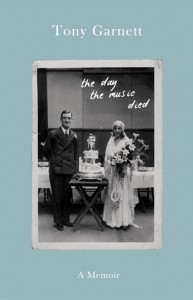 Tony Garnett’s story begins in working-class, war-torn Birmingham where he movingly describes the trauma of his mother’s death following a back-street abortion. Nineteen days later, stricken with grief, Tony’s father committed suicide and Tony was sent to live with other family members. He eventually moved to London and was part of the counterculture scene in the 1960s.

Tony takes us behind the scenes of a selection of his more famous productions, offering secrets and anecdotes, some moving, some amusing. He gives accounts of angry clashes with the BBC and movie executives as he battles to make films that are thought too controversial. Year after year he fought the BBC and movie bosses to bring to the public films about police corruption and psychiatrists’ cruelty; films advocating abortion law reform and the abolition of the death penalty; films about the homeless and the waste of young people in poor schools.

Read an the exclusive preface by Tony Garnett here…

Pre-order ‘The Day the Music Died’ on Amazon UK

Tony Garnett’s third novel is again in the world of politics and love. Roger Burton, a retired academic, is licking his wounds in Provence, after betraying his lover. As a consequence she eviscerated him in print: this denunciation in the press sent him from hero to zero. 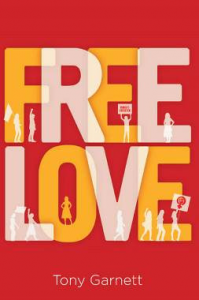 Roger had became a celebrity during decades of brave and principled fighting for feminism. He used this prestige to ruthlessly and coldly seduce one woman after another. He persuades his old friend and fellow academic historian, Clive, to write a biography, which he hopes will exonerate him.

Clive thinks Roger’s private life is irrelevant to an assessment of Roger’s contribution, and decides to concentrate on his public, intellectual achievements. That is until he uncovers just how painfully close Roger’s sex life is to home. This discovery is explosive. It has profound effects.

A young woman decides she can’t proceed with her life until she discovers the father she never knew. In the fascinating new novel Marine Ices, 18-year-old Havana leaves sunny California to fly alone to cold and dreary London. Though she was born in England, she knows no one there. 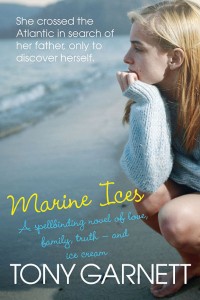 Havana is on a mission to discover the mysteries left behind by her father, a man who died when she was 3 years old. She knows that her life is on hold until she has caught up with her past, but even though her father is part of her, he is a stranger. Havana meets her grandmother, who reveals that her son was a complex man. Through her grandmother’s warmth and acceptance, Havana finds the part of her that was missing.  In discovering her father, Havana now feels whole, and in doing so, opens herself up and falls in love.

Marine Ices is about the love of family, friends and romantic love. In this unforgettable story, love does conquer all … with the help of some ice cream.

Tony Garnett’s novel, The Seductions of Lucy Foster, is a psychological thriller that explores the human condition. Lucy Foster is an attractive, intelligent, 30-something millionaire. Her internet business is on the brink of a major expansion and Lucy will do anything to make it happen, including seducing the powerful 70-year-old, Lord Blayne. 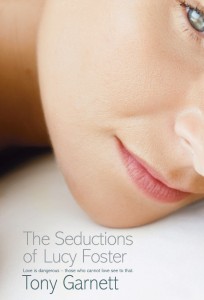 With Lord Blayne on her side (and in her bed), Lucy’s success soars to unimaginable heights and her millions multiply rapidly. But Lucy wants more; she wants an obedient young lover, she wants a child and she wants power at the heart of the establishment.

A handsome young man, Jim, works as a builder at Lucy’s home and she decides to put him on a more permanent kind of payroll for her own pleasure. Jim is a plaything, a diversion to quell her loneliness, especially when he falls in love with her. But who will father her child and who will help her business?

Lucy balances her business life with her love life, thoroughly enjoying the game. But there’s one thing she can’t control. Her mother, in a mental hospital since her birth, harbors a secret so dark that its discovery could destroy everything Lucy has worked so hard to get.

Garnett’s debut novel is a superb psychological thriller that explores the best and worst in human beings. With dark, sexual undertones, The Seductions of Lucy Foster keeps
the reader hooked from page one to its stunning and surprising climax.

Buy ‘The Seductions of Lucy Foster’ from Amazon UK