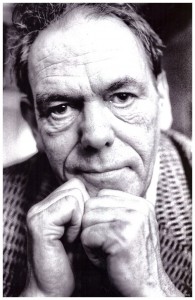 The man who first came into my office was not friendly. He was guarded, suspicious and aggressive. For three hours we sparred and danced around each other: he trying to convince me that he wanted to write entertainment and blanking all talk of politics, and me telling him that all I wanted was drama about class conflict and socialist ideas.

He had been writing for Coronation Street, was looking for work and was wary of revealing his true self in a meeting at the heart of the establishment, the BBC Television Centre.

He left with a commission to write a screenplay about a world he knew well, the employment of casualised labour on building sites. It was called “The Lump”.

This led to years of comradeship and conflict, long hours in Middleton and London, and the most consistent stream of committed political writing in the history of television.

Jim didn’t just put working families on the screen with their dignity and pride and intelligence intact. That would have been achievement enough in an industry which had traditionally patronised working people for comic or sentimental effect. He showed class forces at work. His stories were underpinned by a socialist analysis. In his writing, ideas were acted out in the flesh and blood world of class conflict. He put the theory to the practice.

His work lives on and will continue to be analysed and praised by others.

What could easily go unremarked and forgotten is another achievement. He began the politicisation of virtually a whole generation of cultural workers, something which resonated through British society from the 1960s on. My generation, who were the 11 plus, first generation beneficiaries of the 1944 Education Act, had working class roots, bourgeois opportunities and declasse angst. Full of anger at where they were and guilt at where they had come from, they were floundering – highly educated but innocent of the ideas which would make sense of their condition and give meaning to their lives.

He was pig-headed, difficult, uncompromising and unforgiving of frailty. He had a series of dogs which frightened me to death: I sometimes thought that was why he kept them. But it took this manual worker who discovered Jack London and then Marx; this ex-miner, ex-building worker, ex-merchant seaman; this man with a fighter’s face and seaman’s gait; this auto-didact with a burning intelligence, to show us all the path of principle and the power of ideas.

In the temptations of our business – of flattery, vanity, publicity, opportunism and individualism – Jim remains a benchmark.

He never wavered in his socialist beliefs or his loyalty to his class. At the moment he seems marginalised. The time will come again when what he stood for takes centre stage.